How Much Vitamin K Should You Take? 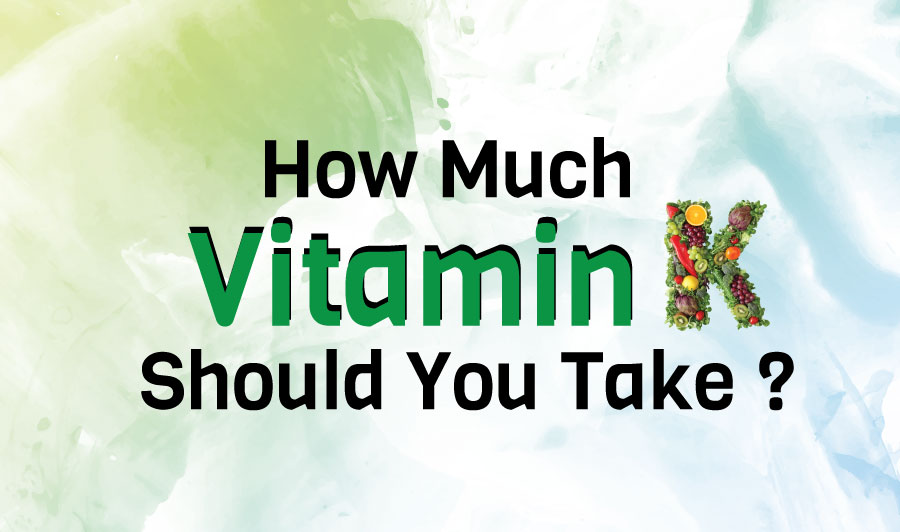 What is Vitamin K?

Vitamin K was discovered in 1929 as an essential nutrient for blood coagulation (blood clotting).

The initial discovery was reported in a German scientific journal, where it was called “Koagulationsvitamin” — which is where the “K” comes from.

It was also discovered by the dentist Weston Price, who traveled the world in the early 20th century studying the relationship between diet and disease in different populations.

He found that the non-industrial diets were high in some unidentified nutrient, which seemed to provide protection against tooth decay and chronic disease.

He referred to this mystery nutrient as “activator X,” which is now believed to have been vitamin K2.

There are two main forms of vitamin K:

How Do Vitamins K1 and K2 Work?

Some scientists have suggested that the roles of vitamins K1 and K2 are quite different, and many feel that they should be classified as separate nutrients altogether.

This idea is supported by an animal study showing that vitamin K2 (MK-4) reduced blood vessel calcification whereas vitamin K1 did not.

However, more human studies are needed before the functional differences between vitamins K1 and K2 can be fully understood.

How much vitamin K should you take?

The recommended adequate intake of vitamin K you take in, both from food and other sources is below. Most people get enough vitamin K from their diets.

You should be able to get all the vitamin K you need by eating a varied and balanced diet.

Any vitamin K your body doesn’t need immediately is stored in the liver for future use, so you don’t need it in your diet every day.

Vitamin K1 occurs in high amounts in leafy green vegetables, such as kale and Swiss chard. Other sources include vegetable oils and some fruits.

Sources of menanoquines, or K2, include meat, dairy products, eggs, and Japanese “natto,” made from fermented soy beans.

Here are sample some food sources of vitamin K:

What are the risks of taking vitamin K?

Side effects of oral vitamin K at recommended doses are rare.

Interactions. Many drugs can interfere with the effects of vitamin K. They include antacids, blood thinners, antibiotics, aspirin, and drugs for cancer, seizures, high cholesterol, and other conditions.

How Much Vitamin K Should You Take? was last modified: November 29th, 2018 by Admin