The Okinawa Diet – The Longevity Diet Living to 100 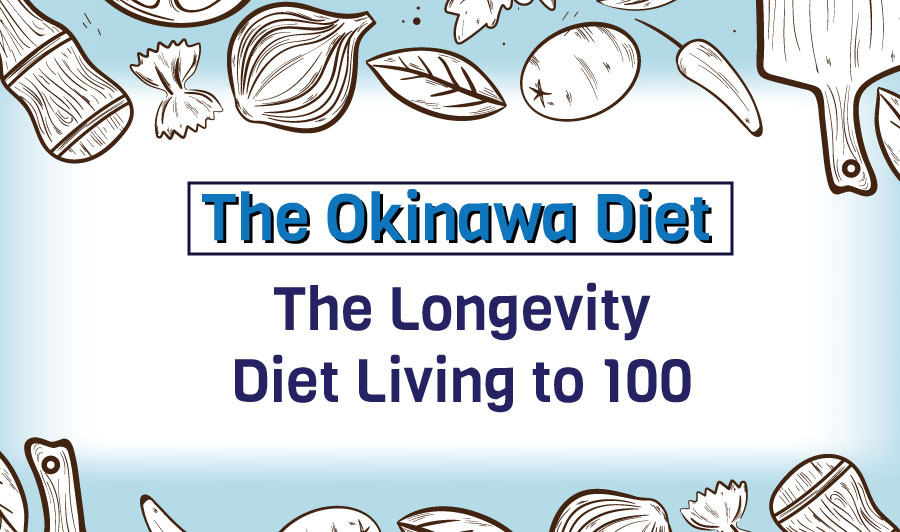 What is the Okinawa Diet?

Okinawa is a 466 square mile island in the Pacific Ocean, 400 miles south of Japan. The current population is around 1.3 million people and up until recently, the average life expectancy of Okinawa residents was 81.2 years, which was the longest in the world. What the Okinawa diet plan attempts to do is mimic the island’s traditional foods and eating habits, before it transitioned to the Westernized diet late last century.

Hara Hachi Bu — the Key to Not Overeating

You can’t talk about the Okinawan diet without mentioning hara hachi bu. Hara hachi bu is based on a Confucian teaching that reminds them to stop eating when they are 80 percent full. In English, the phrase translates to “eat until you are eight parts out of ten full.”

Eating mindfully and slowly in this way means that Okinawans take the time to think about what and how they’re consuming their food. By checking in with themselves to decide if they have achieved satiety before continuing to eat, they give their bellies time to signal the brain and let them know they’re full.

This strategy pays off. Okinawans typically eat about 1,200 calories a day But because the foods they consume are so nutrient-rich and Okinawans are used to caloric restriction (not starvation mode!), they’re able to stay healthy and live longer on less.

TOFU: Tofu is to Okinawans what bread is to the French and potatoes are to Eastern Europeans: a daily habit. Okinawans eat about eight times more tofu than Americans do today. Along with other soy products, tofu is renowned for helping to protect the heart. Studies show that people who eat soy products in place of meat have lower cholesterol and triglyceride levels, which reduce their risk of heart disease.

SWEET POTATOES: Okinawan imo is a supercharged purple sweet potato, a cousin of the yellow-orange sweet varieties. Despite its sweet, satisfying taste, the imo does not spike blood sugar as much as a regular white potato. The leaves are eaten as greens in miso soup. Like other sweet potatoes, it contains antioxidants called sporamin, which possess a variety of potent antiaging properties.

TURMERIC: Ginger’s golden cousin, turmeric figures prominently in the Okinawan diet as both a spice and a tea. A powerful anticancer, antioxidant, and anti-inflammatory agent, turmeric contains several compounds now under study for their antiaging properties, especially the ability to mimic caloric restriction in the body. Its compound curcumin has shown in both clinical and population studies to slow the progression of dementia — which may explain why Okinawans suffer lower rates of Alzheimer’s disease than Americans do.

BROWN RICE: In Okinawa, where centenarians eat rice every day, both brown and white rice are enjoyed. Nutritionally, brown rice is superior. Okinawan brown rice, tastier than the brown rice we know, is soaked in water to germinate until it just begins to sprout, unlocking enzymes that break down sugar and protein and giving the rice a sweet flavor and softer texture.

SHIITAKE MUSHROOMS: These smoky-flavored fungi, which grow naturally on dead bark in forests, help flavor Okinawan’s customary miso soup and stir-fries. They contain more than 100 different compounds with immune-protecting properties. Purchased dried, they can be reconstituted by soaking or by cooking in a liquid like a soup or sauce, and most of their nutritional value remains.

SEAWEEDS: (KOMBU AND WAKAME) Seaweeds in general provide a filling, low-calorie, nutrient-rich boost to the diet. Kombu and wakame are the most common seaweeds eaten in Okinawa, enhancing many soups and stews. Rich in carotenoids, folate, magnesium, iron, calcium, and iodine, they also possess at least six compounds found only in sea plants that seem to serve as effective antioxidants at the cellular level. Both are sold dried and packaged in the United States. 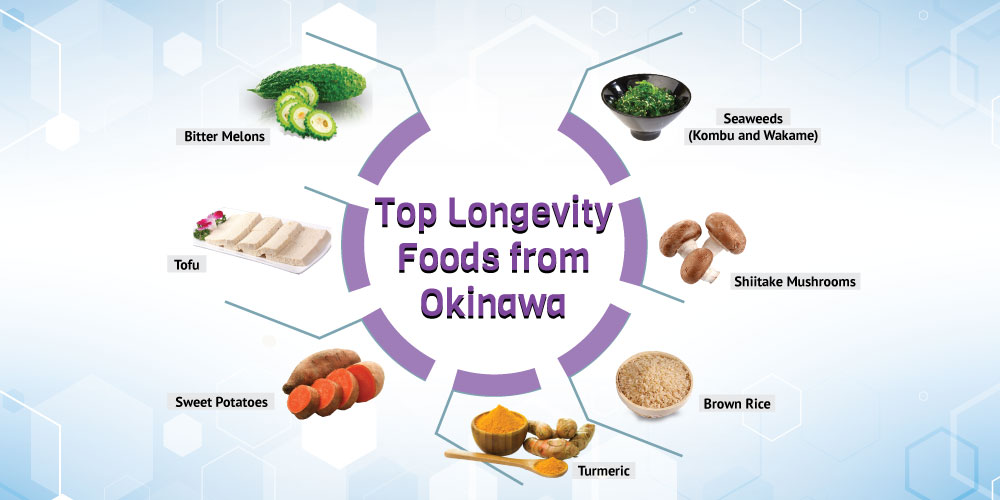 Why the Diet May Work

The Okinawan diet is low in calories and high in fiber, so it can help you lose or maintain weight, which is essential for avoiding chronic diseases like cardiovascular disease, diabetes, and some forms of cancer.

You could say the Okinawan diet is an anti-inflammatory diet, which can help to reduce the risk of those chronic diseases for a number of reasons: 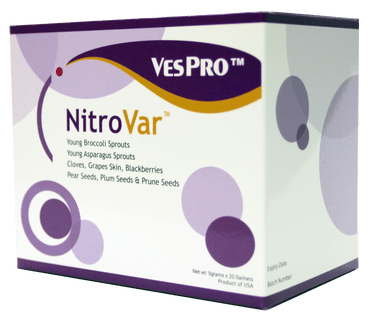 NitroVar™ is a Macrobiotic Raw Food in powder form that encourages healthy cellular growth and cell division. It is made of young broccoli sprouts, young asparagus sprouts, cloves, grape skin, blackberries seeds, pear seeds, plum seeds and prune seeds. All ingredients are grown and harvested in the USA.

The Okinawa Diet – The Longevity Diet Living to 100 was last modified: November 29th, 2018 by Admin