How Rheumatoid Arthritis Affects Your Joints

What is Rheumatoid Arthritis? 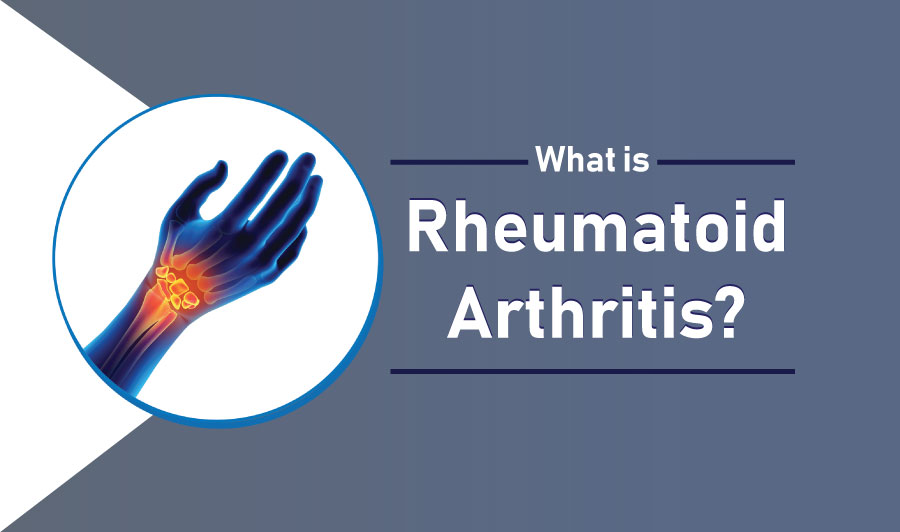 Rheumatoid arthritis (RA) is an autoimmune disease that can cause joint pain and damage throughout your body. The joint damage that RA causes usually happens on both sides of your body.

So if a joint is affected in one of your arms or legs, the same joint in the other arm or leg will probably be affected, too. This is one way that doctors distinguish RA from other forms of arthritis, such as osteoarthritis (OA).

Treatments work best when RA is diagnosed early, so it’s important to learn the signs. Read on to learn everything you want to know about RA, from types and symptoms to home remedies, diets, and other treatments.

RA is a long-term or chronic disease marked by symptoms of inflammation and pain in the joints. These symptoms and signs occur during periods known as flares. Other times are known as periods of remission — this is when symptoms dissipate completely.

RA symptoms, which can occur throughout the body, include:

Symptoms can vary from mild to severe. It’s important not to ignore your symptoms, even if they come and go. 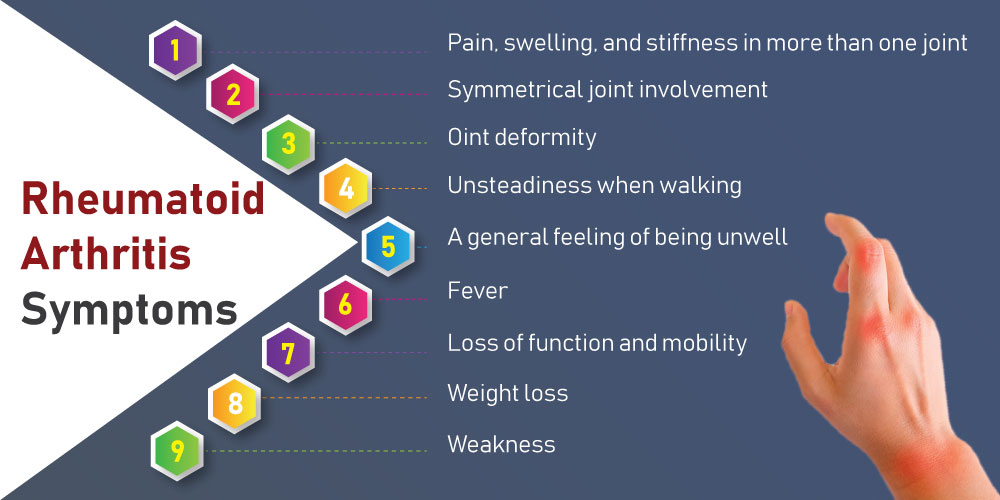 Rheumatoid arthritis occurs when your immune system attacks the synovium — the lining of the membranes that surround your joints.

The resulting inflammation thickens the synovium, which can eventually destroy the cartilage and bone within the joint.

The tendons and ligaments that hold the joint together weaken and stretch. Gradually, the joint loses its shape and alignment.

Doctors don’t know what starts this process, although a genetic component appears likely. While your genes don’t actually cause rheumatoid arthritis, they can make you more susceptible to environmental factors — such as infection with certain viruses and bacteria — that may trigger the disease.

Factors that may increase your risk of rheumatoid arthritis include:

There’s no cure for RA, but there are treatments that can help you to manage it. Treatments for RA help to manage the pain and control the inflammatory response which can in many cases result in remission. Decreasing the inflammation can also help to prevent further joint and organ damage.

Your doctor will work with you to determine the best types of treatments for you. For many people, these treatments can help them live an active life and reduce the risk of long-term complications.

How Rheumatoid Arthritis Affects Your Joints was last modified: December 6th, 2018 by Admin