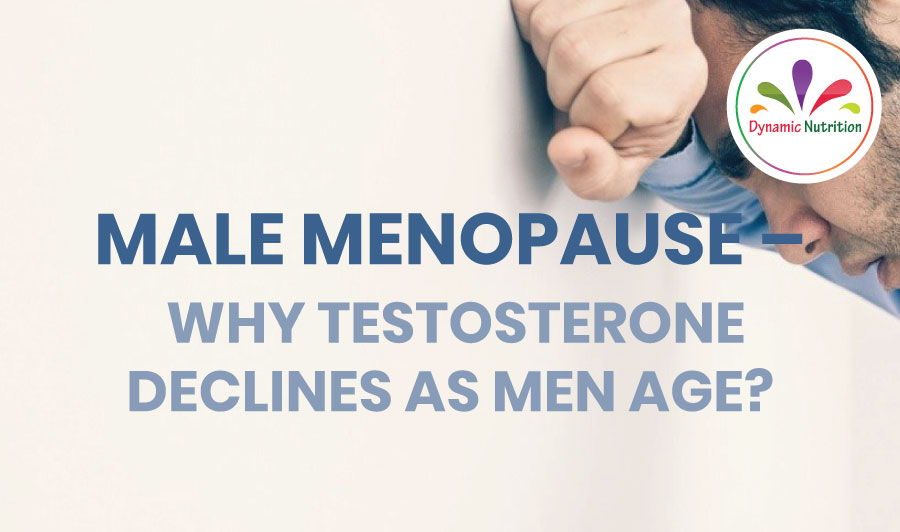 Getting older is a natural part of life. From childhood to puberty, adulthood to geriatric years, our bodies go through countless changes throughout our lifespan.

Hormone changes are a natural part of aging. Unlike the more dramatic reproductive hormone plunge that occurs in women during menopause, however, sex hormone changes in men occur gradually.

Testosterone is typically associated with men, with its female counterpart being estrogen. However, both male and female bodies produce testosterone (though at quite different levels).

While individual numbers can vary, most men product at least 300 nanograms per deciliter (ng/dL) of testosterone, with anything below 300 ng/dL being considered low testosterone levels.

Adult women, on the other hand, typically have testosterone levels ranging from 8-60 ng/dL.

Testosterone plays a big part in men’s health: it is responsible for controlling the sex drive and sperm production; it promotes muscle and bone mass; it affects appearance by creating a masculine facial structure; it causes boys’ voices to deepen during puberty. It can also affect mental health and energy levels (including stereotypically masculine aggression and competitiveness).

“Male menopause” refers to the natural decrease in testosterone levels as a direct result of aging. While women’s hormones change relatively quickly as they reach menopause, this isn’t necessarily the case for men.

Instead, men’s testosterone levels tend to steadily decline over a longer period of time as they get older rather than a seemingly sudden change.

Because age-related testosterone declines tend to happen so gradually, it’s not always clear whether symptoms are a direct result of hormonal changes or other factors. For example, some common signs of low testosterone may also be signs of obesity, poor diet, mental health issues, substance use, or other underlying health conditions.

That said, common symptoms of low testosterone include:

For an all-natural testosterone boost, add foods rich in vitamin D and zinc to your diet, such as:

Of course, be sure to consider your weight and cholesterol levels before stocking up on testosterone-boosting groceries. If you have any health concerns, talk to your doctor before making any significant changes to your diet.